Wasim Akram Formally Inducted Into The PCB Hall Of Fame 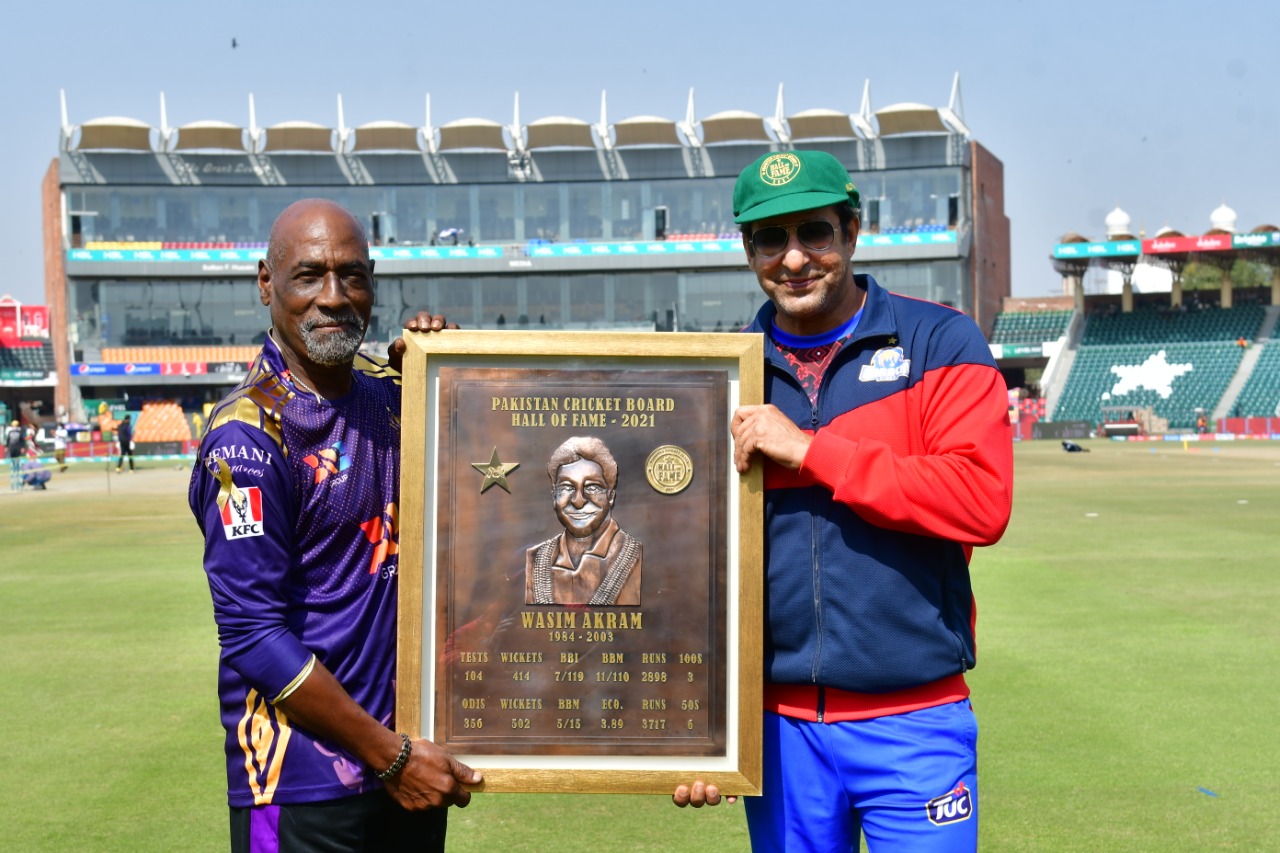 1992 World Cup winner and former captain Wasim Akram, who took a total of 916 wickets and scored 6,615 runs in an international career from 1984 to 2003, was formally inducted into the PCB Hall of Fame on Sunday.

Sir Vivian Richards, one of the all-time greats and an ICC Cricket Hall of Famer, formally inducted Wasim Akram into the exclusive list by presenting him a commemorative cap and plaque before the start of 28th match in the HBL Pakistan Super League between Karachi Kings and Quetta Gladiators.

Wasim Akram is one of the eight Pakistan stalwarts who are members of the PCB Hall of Fame. Others are Abdul Qadir, Fazal Mahmood, Hanif Mohammad, Imran Khan, Javed Miandad, Waqar Younis and Zaheer Abbas, who will be formally inducted into the prestigious group in the coming days.

Wasim Akram: “I feel privileged to have received this great honour from Sir Vivian Richards, one of the most iconic figures in cricket, and at a venue that remained my home ground during my playing career. I also want to compliment the Pakistan Cricket Board for launching this initiative to recognise and acknowledge the contributions of former cricketers.

“It has been an honour to represent Pakistan over 18 years during which I played in 460 international matches. Every wicket and every run I scored in these matches was priceless. I can’t thank God Almighty enough for providing me the opportunity to serve this great country at the highest level.

“I want to thank all my fans who have been my greatest strengths. Their support has been invaluable. I also want to thank my family and friends who stood beside me during this incredible journey.”

Sir Vivian Richards: “I feel delighted to have been awarded the opportunity to formally induct Wasim Akram into the PCB Hall of Fame. My first encounter with Wasim Akram was in 1985 in Australia and in the twilight of my career, I was happy I would not be facing him much. I clearly remember telling my junior partner that he will cause a lot of problems for his generation of cricketers and Wasim proved me right.

“Wasim has been an outstanding cricketer and a great ambassador for our sport.”