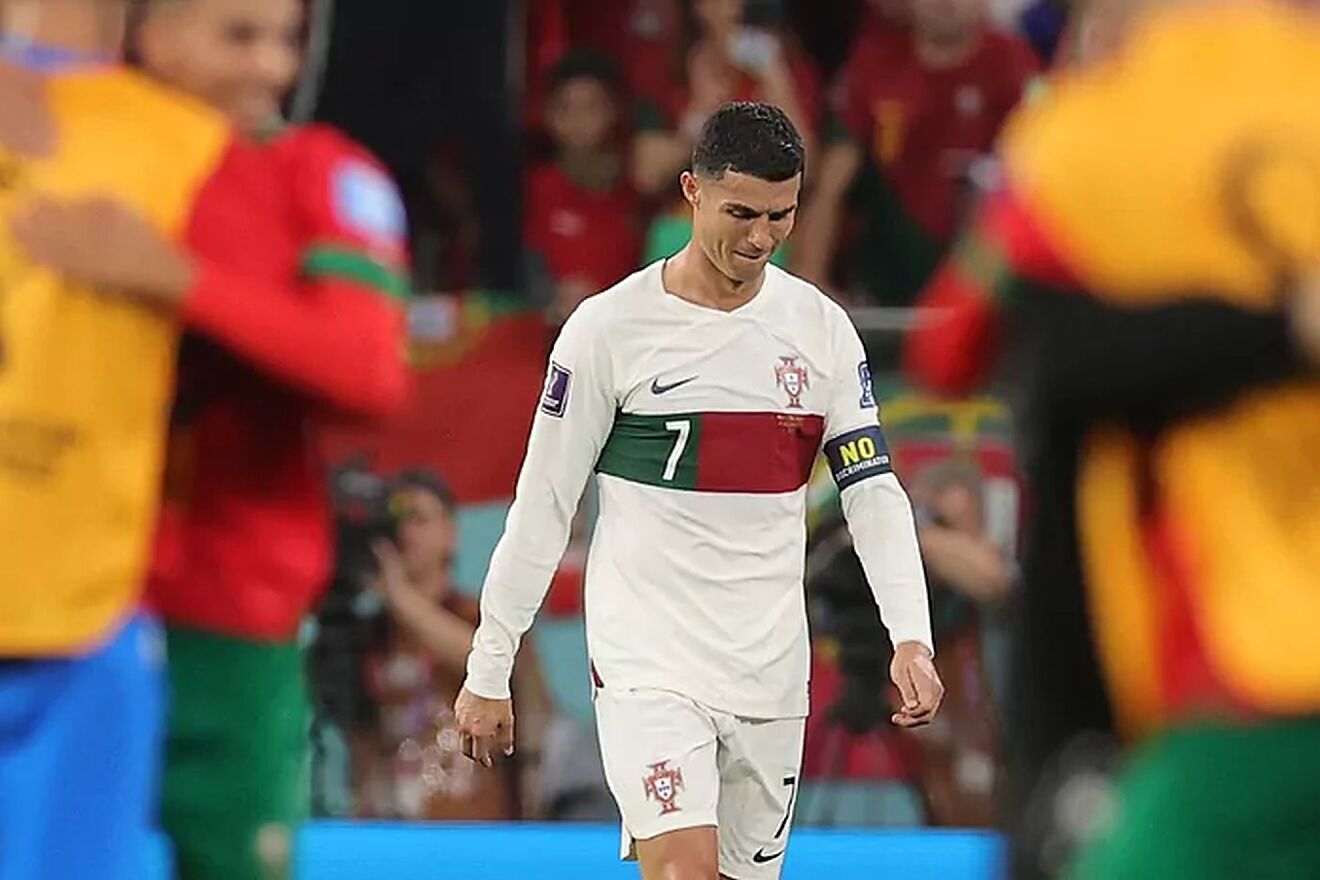 Matthaus, Ronaldo was ‘the opposite of Messi’ and ‘a big failure at the World Cup:

Former Germany international Lothar Matthaus says Cristiano Ronaldo was a huge failure at the World Cup and ruined his legacy.

Ronaldo has endured six weeks of tumult at club and international level ahead of the tournament in Qatar following an interview with Piers Morgan.

After scoring against Ghana in the opening game, Ronaldo was furious when he was withdrawn in the final group game against South Korea and was relegated to the bench in the knockout stages for the next two games.

He couldn’t miss the match against Switzerland. Goncalo Ramos scored a hat-trick as a substitute and Ronaldo came off the bench in a futile effort to save Morocco from defeat.

The 37-year-old is currently scouting for a new club, but German World Cup maestro Matheus admitted he wasn’t sure who would make the move for his services and gave the five-time Ballon d’Or winner a surprising assessment.

Matthaus told newspaper Bild, “With his ego trips, Ronaldo has damaged the team and himself,”

There is no doubt that he was a great player and an absolutely lethal finisher. But now he has damaged his legacy.

“I find it hard to think that he can find a place in a team. I kind of feel sorry for Ronaldo.

While Ronaldo and Portugal suffered a quarter-final exit, the fortunes of Lionel Messi and Argentina were vastly different – as they celebrated glory after a dramatic penalty shoot-out triumph against France in Sunday’s final.

That affirmed Messi as the “player of the millennium” in the eyes of 1990 World Cup winner Matthaus, who had a further jibe for Ronaldo.

“Ronaldo is of course a big failure of the World Cup, the opposite of Messi,”, he said.

“[Messi is] the absolute winner. He deserves it because he has given me and all football fans great joy with his qualities and the way he plays over 17-18 years.

“For me, Messi is the player of the millennium.”