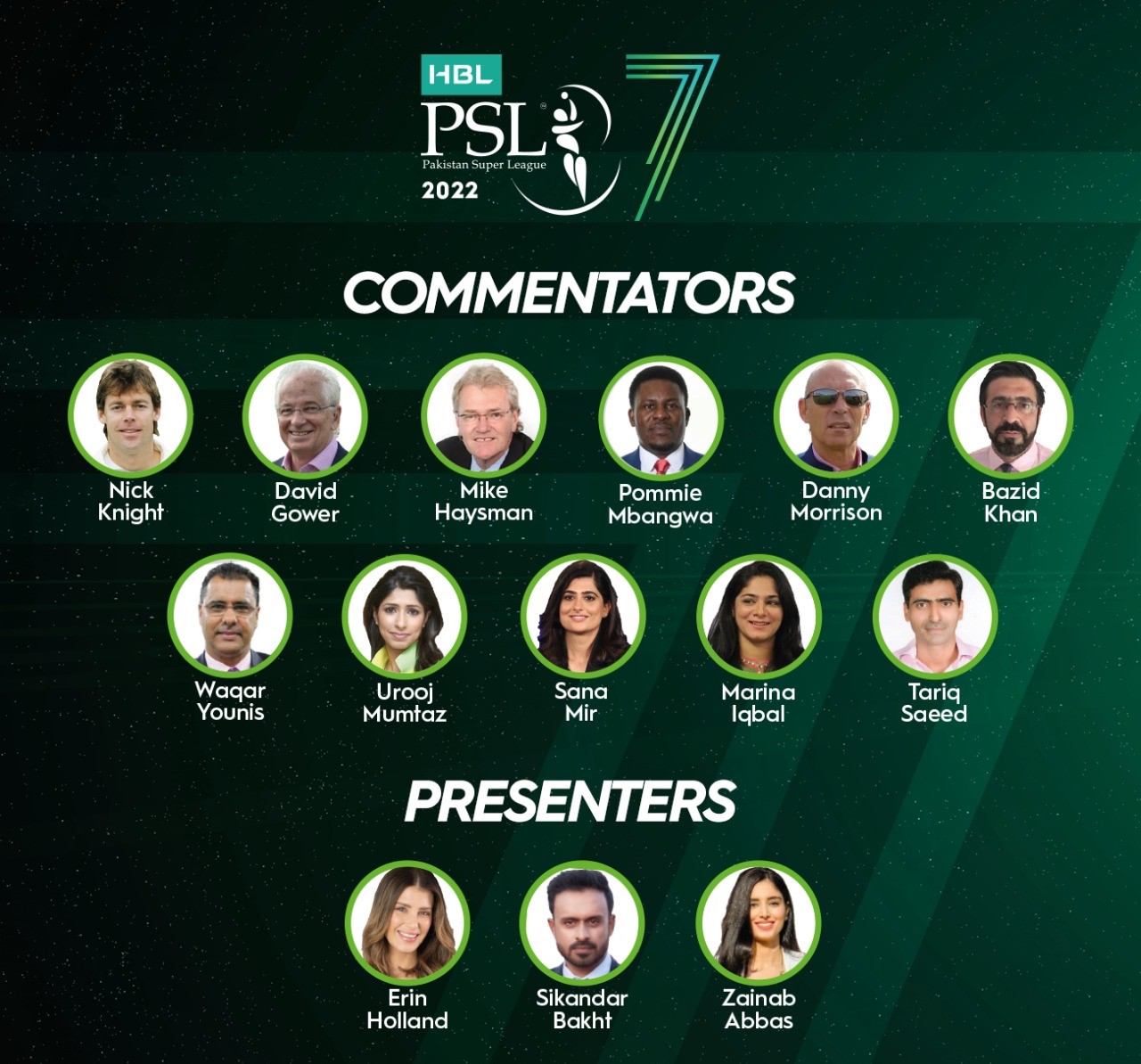 Some of the leading cricket commentators will call the HBL Pakistan Super League 7 action. The Pakistan Cricket Board today unveiled the commentators for the upcoming edition, which will commence at Karachi’s National Stadium from 27 January.

Former England cricketer Nick Knight and Mike Haysman, the former first-class cricketer and now one of the most credible voices in world cricket, will mark their HBL PSL commentary debuts. This will be Haysman’s third visit to Pakistan in a year, after his stints in South Africa’s tour of Pakistan and the National T20 last year.

Former England captain David Gower returns for his second consecutive stint after the legendary commentator made his appearance in the Karachi-leg of the 2021 edition. Former New Zealand and Zimbabwe pacers Danny Morrison (Lahore matches only) and Pommie Mbangwa (Karachi matches only) also join the HBL PSL commentary roaster once again. 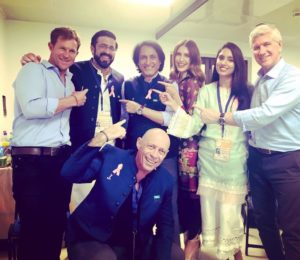 The Pakistan contingent of the commentators include former Pakistan cricketers Bazid Khan, Marina Iqbal, Sana Mir, Urooj Mumtaz and Waqar Younis, along with Tariq Saeed, the pioneer of Urdu commentary.

The action will be called in both English and Urdu languages to bring both international and local audiences closer to action. Thirty High-Definition cameras along with buggy and drone cameras will embellish the viewing experience of the fans of the league in Pakistan and around the world.

The Spider Cam will once again bring up and close experience with in-match chats between the players and commentators. 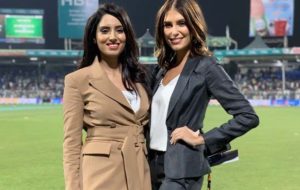 Presenter Erin Holland also marks a return to the league. Sikander Bakht and Zainab Abbas will host the pre- and post-match shows.

Cricket fans in Pakistan will be able to watch the HBL PSL 7 in high-definition on A Sports and PTV Sports, while viewers around the world can watch the action live on Willow TV (North America), Flow Sports (Caribbean), Sky Sports (United Kingdom), Sky Sport (New Zealand) and Super Sport (Africa).

• Online tickets for the PCB’s marquee event can be booked through cricket.bookme.pk; fans can purchase tickets from their nearest M&P Courier outlets.