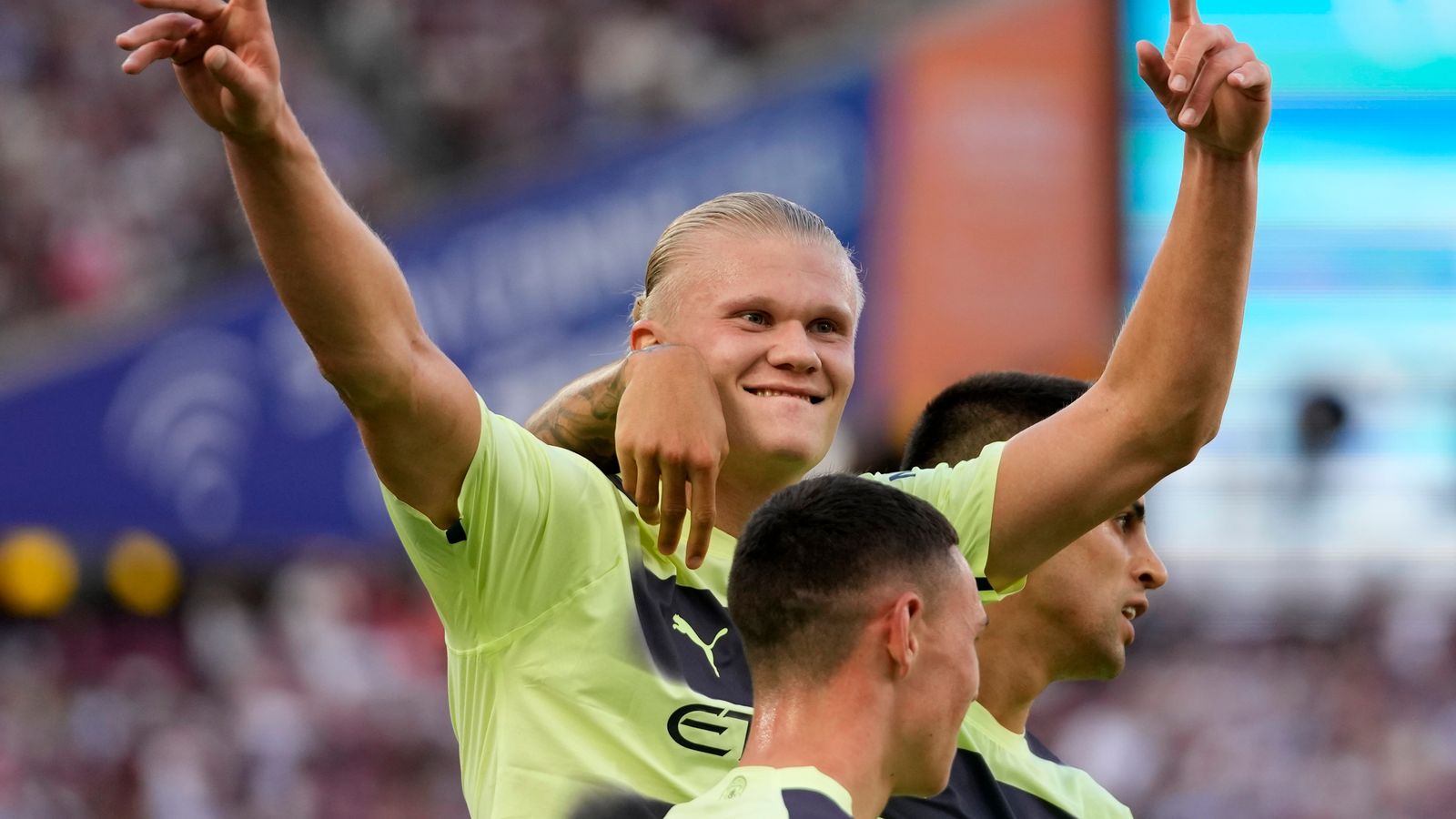 Haaland’s penalty in the first half was usually followed by a medical finish, as the champions took three points from their opening game and cashed in at the end of the game.

With Haaland seen as the striker Pep Guardiola has been lacking since Sergio Aguero’s departure, it was fitting that the new arrival became only the second City player to score a brace on his Premier League bow, with the former Argentina international being the other in August 2011.

City took a long time to get going and when they moved neatly from left to right, Haaland pushed for Kevin De Bruyne to beat home Ilkay Gundogan, only for the offside flag to be flagged up.

Lukasz Fabianski was forced off after a challenge on Haaland, adding to Moyes’ injury woes, with Alphonse Areola replacing him.

Areola’s first contributions was when Haaland was cleared when he was awarded a penalty in the 36th minute, which the Norway striker calmly delivered and Areola misplaced.

Declan Rice slipped over for a Gundogan error early in the second half and some out-of-shape City passes leaked as the Hammers turned to their new striker Gianluca Scamacca as the Hammers looked for an equaliser.

After 65 minutes, Haaland slid inside De Bruyne’s new team-mate on a City counter-attack, and the former Dortmund man cut Areola in the cold to slot home a header.