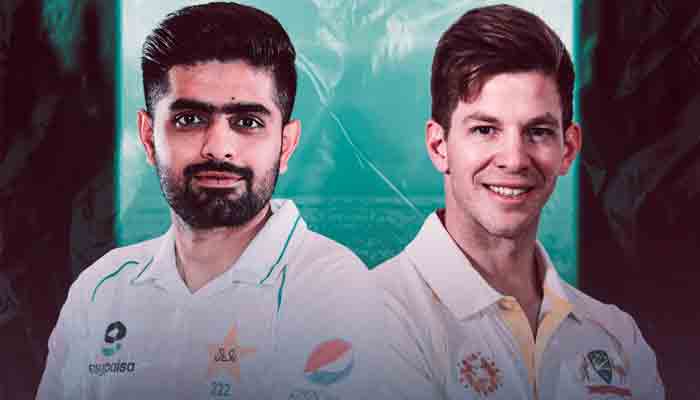 In the 38th PCB Podcast, three legends of the game from three different continents – Australia’s Allan Border, Wasim Akram of Pakistan and England’s Michael Atherton – discuss Australia’s first tour of Pakistan in 24 years for three Tests, three ODIs and one T20I from 4 March to 5 April.

Border also visited Pakistan for the 1987 World Cup and inspired Australia to their first title, while Atherton captained England in the 1996 World Cup. Wasim played alongside the two respected gentlemen in both the home events.

In the podcast, which can be downloaded for editorial purpose only, the three celebrated cricketers have shared their views on:

Border, who scored 11,174 Test runs with 27 centuries, said: “This is the opportunity for the boys to really make a name for themselves. From Australia’s point of view, they have not had a lot of success in the subcontinent. It would be great from their point of view that someone stands up and say, you know, we can beat Pakistan in Pakistan, something a lot of really good sides have been unable to do.

“Conversely, for Pakistan, emerging as a young team and playing against Australia at home for the first time in 24 years, there’s the opportunity to really make names for themselves.

“This is going to be a really great series because both the sides have a lot to play for. As there has been so little cricket played in Pakistan, they’ll be expecting huge crowds to turn-up to support them.

“I think back here in Australia and the cricketing world, there is an opportunity to sit back and watch some great cricket on television and see some young stars emerge or older stars cement their reputation.”

Wasim, who took 414 Test wickets, said: “Australia coming to Pakistan after 24 years is an achievement for the Pakistan Cricket Board. This series will have a huge impact on our cricket as it will improve our players’ approach and mindset. For the next generation of cricketers, this will be an opportunity to fall in love with this sport and get motivated to scale greater heights in their careers.

“Australia’s tour to Pakistan will send out a strong and powerful message that everything is fine and normal here. This is our third HBL PSL in Pakistan and I keep telling foreign players that this security has been put in place because we are too cautious and do not want to risk anything. The foreign players understand this argument and are happy to continue to visit and play here.

“Things have changed in Pakistan since 1998 and I think the pitches will be better, which will make Test cricket interesting viewing. I believe our cricket team will improve after playing Australia as the players will assess and understand their strengths and weakness, and will work on them and be better trained and prepared for the home Tests against England and New Zealand, which will be played in the last quarter of the year.”

Atherton, who scored 7,728 Test runs, said: “It is a great news that Australia are going to be sending a near full strength team to Pakistan. Once the security people say it’s safe to go, I think it’s incumbent upon the teams to go and play in Pakistan. Clearly playing in the UAE was necessary for a period of time, but was not sustainable in the long term.

“And it’s great that Pakistan cricket supporters can see international cricket being played at home in Pakistan.

“There are two aspects to the tour. One is the security detail, which then provides advice to the players and the administration. This must be done at an arm’s length and independently. Once that advice is given, then I think players are usually happy to accept the advice and concentrate on cricket. So, there is no reason once they land, they should be good to play a good series.

“Relatively a small number of countries play Test cricket and you don’t want to see Test cricket under pressure, particularly from the various franchise leagues around the globe. You don’t just want to see three or four nations constantly playing against each other. So, if there are going to be 12 Test playing countries, you want all 12 to be flourishing and hopefully the game also growing its footprints.

“T20 is the vehicle by which the game expands globally. But those of us who have played Test cricket and love Test cricket, would like to see the five-day game flourish. And if that’s going to happen, clearly it needs to be the Test playing nations to flourish as well.

“These are two good teams, two particularly good bowling attacks and that’s going to be a challenge for both the batting line-ups. I’m hoping that the pitches are a little bit more lively than they were when I was there 22 years ago. This should be an excellent series.”