In pursuit of Pakistan’s target of 194 runs, none of the Hong Kong Batter could face the national fast bowlers. The entire team got out by scoring only 38 runs. The Pakistani team qualified for the Super Four stage by winning by 155 runs.

In the match played in Sharjah, Hong Kong captain Nazakat Khan invited Pakistan to bat first after winning the toss.

The Pakistan team scored 193 runs for the loss of 2 wickets in the scheduled 20 overs, Mohammad Rizwan was 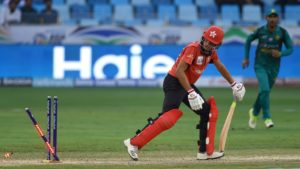 outstanding by scoring 78 runs. The national team scored 29 runs thanks to Khushdil’s 4 sixes in the last over.

Pakistan did not start well against Hong Kong, captain Babar Azam got out for 9 runs on a total score of 13.

However, after the fall of First wicket, Mohammad Rizwan and Fakhar Zaman batted brilliantly and a partnership of 116 runs was established between the two, but then Fakhar got out after scoring 53 runs off 41 balls.

In the final overs of the match, Muhammad Rizwan and Khushdil Shah scored quick runs and the team’s score reached 193 runs in 20 overs.

Khushdal Shah hit 4 sixes in the last over of the innings. He remained unbeaten by scoring 35 runs off 15 balls while Rizwan scored 78 runs off 57 balls.

In pursuit of Pakistan’s target of 194 runs, none of Hong Ka-Nig’s batter could enter double figures. Captain Nizakat Khan was outstanding with 8 runs. Hong Kong’s all out for 38 runs is the ninth lowest total in T20 Internationals.

On behalf of Pakistan, Shadab Khan got 4, Mohammad Nawaz 3 and Naseem Shah got 2 out. 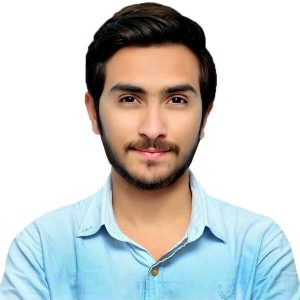